Segregation pattern of the Soybean Stunt Virus resistant character and genetic diversity of F2:3 families derived from crosses between Orba and B3570.  Soybean stunt disease caused by SSV (Soybean Stunt Virus) is the most destructive soybean disease in Indonesia. This research was conducted from October 2005 to June 2006 at experiment station of Lampung University.  The aims of this research were to evaluate the segregation of resistant characters and total genetic diversity of eight populations of F2:3  families. Experiment was arranged in a randomized complete block design with three replications. The resistance was evaluated based on the score of disease severity.  The results showed that the resistant characters segregate 1:2:1 to susceptible, moderately resistant, and resistant, respectively based on  the segregation pattern. The resistant character was controlled by single gene and the action of the gene is noncompletely dominant gene.  Eight populations of F2:3 families have high diversities on the yield and yield components. 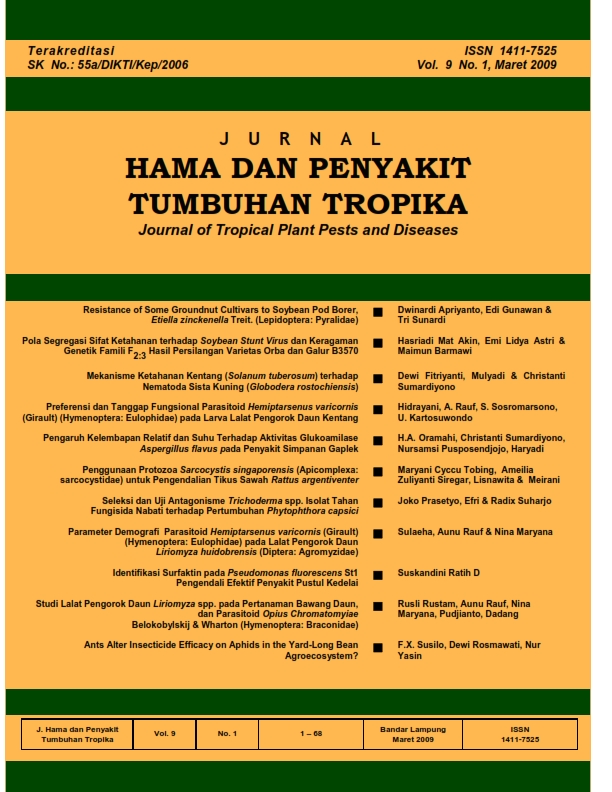