Characterization of whitefly (Bemisia  tabaci) as geminivirus vector based on RAPD-PCR. The variation of whitefly was performed by the appearance of population having diferent DNA sequence.  PCR-RAPD and dendogram was expected to be used to investigate the variation of whitefly in Sumatera.  Morphological observation on the whitefly colleted from field area showed that the geminivirus-transmitting vector was Bemisia  tabaci with varied population.  Based on PCR-RAPD and dendogram analysis in Sumatera, it was known that Bemicia tabaci had a high variation both intra and inter field area. 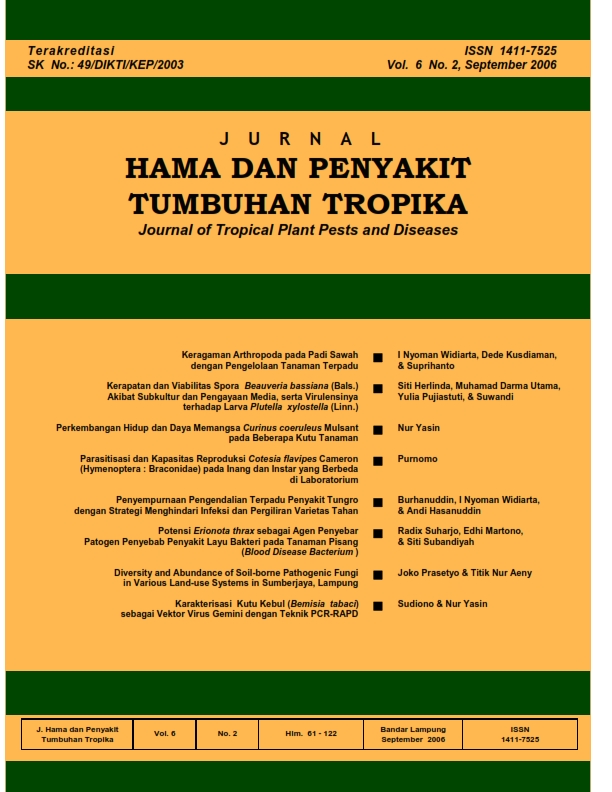